Weekly Review of the Continent

THE VIETNAMESE DILEMMA : OF STRATEGIC TRANSITION AND BANDWAGONING

At the cusp of political transition, Vietnam faces tough challenges ahead. Geo-strategically positioned at the heart of China’s interest in the South China Sea, Vietnam has strived hard for economic stability amidst persisting sluggish growth rate. At the other end, Sino-U.S escalating tensions over the South China sea has invited global attention towards Vietnam’s political transition.

Accession of Nguyan Phu Trong as the General Secretary of the communist party-second time in a row re-ignites concerns around structural adjustments in Vietnamese polity and foreign policy doctrine. Earlier Vietnam has witnessed a tough ideological tussle between the party’s traditional wing, who were found to be much closer to Beijing, and more modern reformers like Prime Minister Nguyan Tan Dung. With the re-election of Trong, Vietnam’s policy towards China is said to be marked by consistency. But, in relation with the United States, there might be perceptible changes in Vietnam’s stance.

At the present scenario, the maritime dispute remains the biggest hindrance between China and Vietnam’s prospects for better strategic partnership. As a host to the Communist Party of Vietnam (CPV) chief, Secretary General Nguyen Phu Trong, China has sent bold signals denoting positive change in tides over Sino-Vietnam relationship. In sharp contrast to the pro-Western administration under Prime Minister Nguyan Tan Dung who publicly challenged China’s “nine-dash lines” claims over the South China Sea by transferring submissions concerning the southern part of the South China Sea to the Untied Nations Commission on the Limits of the Continental Shelf (CLCS). As a consequence, China has undertaken a slew of aggressive measures, alike very recently Beijing deployed its oil-digging rig, Haiyang Shiyou 981 (HD-981), in waters 120 nautical miles from Vietnam’s coast, violating Vietnam’s 200-nm exclusive economic zone (EEZ) and continental shelf set by international law. As a ripple effect, this significantly facilitated U.S-Vietnam relations while the two communist states experienced intense animosity. Prime Minister Dung, with his increasingly pro-western stance, has been very outspoken on the maritime tussle with China. Alongside, making stronger efforts to mend relations with the United States that would ensure legitimacy and recognition to the Communist regime in Vietnam.

However, in the post-12th National Congress China-Vietnam has made pronouncing efforts to embolden their relation, lurking on the historic bonhomie that these two communist states share. In the post scenes of World War II, China and Vietnam were brought closer on the lines of shared ideals of communism and their common struggle for independence. For China, Vietnam has immense strategic relevance, let alone, in terms of Chinese security and the economy. Moreover, China’s development assistance and foreign direct investments have had a major role play. Hence, spillovers from economic turbulence in China will inevitably impact Vietnam. For instance, China’s unilateral deployment of HD-981 into Vietnam’s economy $1-1.5 billion, according to Vietnamese state media.

The revivifying partnership of China-Vietnam is largely reflected in numbers, as China emerges as Vietnam’s largest trading partner among the 10 members of the Association of Southeast Asian Nations. In the initial nine months of 2016, China has registered high-scale investments in Vietnam amounting to a whopping US$1 billion, a year-on-year surge of 300 per cent. And, by October last year, China had injected US$11 billion into 1,500 projects in Vietnam to become its eighth biggest investor.

Trump’s move to rescind United States’s participation from the TPP, has flashed greater worries for Vietnam. In such troubled times Vietnam might confront a friend long lost in China. With the option to choose its friends, but not neighbors, it might be worth a try for Vietnam to befriend China on mutually benefiting terms. With the advantage of shared history and culture, Sino-Vietnam ties-in the face of an aggressive United States-might stand to add strategic vigor as well as economic stability to the tumultuous terrain of Vietnam.

Additionally, Vietnam has also the burden of reinvigorating its domestic sector, a leadership to pursue long-stalled domestic reforms including overhauling the banking sector and moving more aggressively on privatizing state owned companies. Even though neglected by both global and regional players for decades, Vietnam has emerged through daunting times. And it’s only on the individual leadership, and the communist party to take progressive steps that allows Vietnam to realise its complete potential.

The views expressed here are those of the author alone and not the Asia Council. Will the election of Moon Jae-in, the first liberal president in South Korea after nine years, change the North-South relationship. 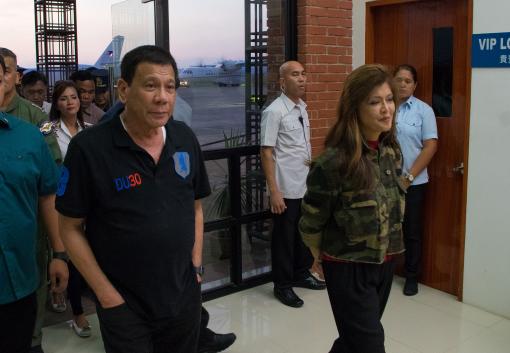 Does the recent ISIS-claimed killings in Philippines signal the spreading tentacle of Islamic State in South East Asia. With the Taliban and ISIS seizing control over key areas, is Afghanistan heading toward an unending chaos. SOUTH KOREA IN THE CROSSFIRE

Amidst the escalating tension between US and North Korea, what is at stake for South Korea.

With the Trump administration getting cosier with Japan, what it means for the geopolitics of the region. 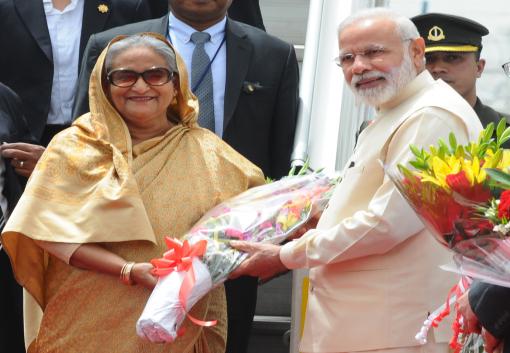 As Bangladesh continues to grow at 6.5%, inking trade ties with major global players, will it be the new dark horse for the region. As China hits a dwindling growth figure, will China’s pain of economic slowdown be India’s pain too. With the military holding one quarter of the seats in parliament and key portfolios, can Suu Kyi's long-cherished civilian government deliver on the expectations.